Ancestor Money And Its Benefits

What is Ancestor money

Ancestor Money, also commonly referred to as spirit money, ghost money, Hell notes, heaven notes, among others. It is a note made for the sole purpose of being burnt and offered to your ancestors. Your ancestors are then able to get things they need in the spirit world.

Burning ancestral money also helps dissolve financial debt that they incurred while being alive. Once their debts have been paid your ancestors will start to help you more with the things you need in the form of sending you blessings.

Before you can make offerings to your ancestor, you must first have an Ancestor Altar.

Having an Altar for your ancestors is one of the most important things to do. Many People go from this world to the spiritual world without being aware of the afterlife.?Sometimes, these souls are trapped in the lower dimensions and in these worlds our ancestors need a certain amount of energy and help, this is why you need to burn ancestor money.

The Ancestral Altars serve as a portal or gateway to communicate and transmit energy from you to your ancestors and vice versa.

An ancestral altar serves as a gateway to communication with those who came before us. You can think of an ancestral altar (or sanctuary) as a place where sacrifices are made and your ancestors and the gods are worshipped.

Your ancestral altar is a place where you can talk to your ancestors and ask for advice from them. Creating an altar shows your ancestors that you appreciate and acknowledge their communication.

What Do I Need to Setup My Ancestor Altar?

You can set up an Ancestral Altar even if you have a small room it doesn’t matter how big or small your place is, it’s more important to have an Alter then not having one at all.

You need a place where your altar,? This can be a small table, If you have limited space, you can also use a shelf in a cabinet (make sure you don’t close the door).?Altar cloth (optional). All the other elements of his altar are placed on the altar cloth. For your altar cloth, you want something of a natural fibre that you like.

Adding items that represent each of the four elements (earth, air, fire and water).

The four basic elements (sometimes called “temperaments”) are air, earth, fire and water. When we understand what each element represents, we can assess where our individual strengths and weaknesses lie.

– This element is taken into consideration to be the first element that was born when the universe was created by The Almighty Creator. Fire is credited to cleaning and also transformational powers. It can give heat and make it possible for life, and also it can destroy as well. In the spiritual realm, Fire represents Light as well as in the physical plane, it is the Sun or Flame.

– It is connected with the breath and is associated with the power of cleansing. Air represents communication, knowledge, creativity, learning etc… This resource of life can also end up being a destructive power.

The water element, you can put a glass on the Altar and pour a libation. A libation is a drink offered to a spirit as a sacrifice. Incense is a great option for the air element. The incense smoke represents the air element and brings our intentions to the spiritual realm.

You have many options when it comes to Earth. Crystals, flowers or objects that your ancestor may like.

If you have a photo of the ancestor or ancestors for whom you are creating the altar for, you can also add that and give offerings like food or alcohol.

What is a Super KAnd-ELS

?KA? means spirit, and spirit is the absolute highest part of who you are. The candle is purposely spelled with a ?K? to establish that this product is linked to that higher part of creation, in order to draw directly to you the attributes and benefits of the beings who are ensouling each KAnd-EL.

Who is The Jade Emperor

On all Hell Bank Notes, you’ll find the image of the Jade Emperor. He is considered to be the god who controls the world?s money. The Jade Emperor is a higher god existing in the Taoist Pantheon. Also known as the Jade Lord, Great Emperor Jade, The Highest Emperor, and so on. At the beginning of time, it was said that the Jade Emperor was an assistant to Yuanshi Tianzun, who was the Divine-Master of the Heavenly-Origin.

Yuanshi Tianzun was the greatest of all, the Supreme Being, the creator and had total control over all of the earth. He was one of the three primordial representatives of the Tao, the three Pure Ones. He singled out the Jade Emperor to be his successor at the time of his death. In Korea, the Jade Emperor is known as Haneullim and as Sakra in the Buddhist community. 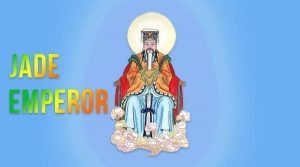 You will normally see a green flame when the note is being burnt which signals that your offering has been accepted by Grand Father Jade Emperor.? The brighter and bigger the green flames are, the more acceptable and happier your ancestor gets. It is a way of the deceased signalling to you that they love what you?re offering or they do not like it. So, always look forward to a big green flame.

Ancestral money is a very special ritual held to heart by many people around the world because it serves as a means through which they can communicate with loved ones. Everyone wants another chance to communicate with a deceased one and the ancestor money ritual is one way that satisfies that want.

How to Burning Ancestor Money?

The Jade Emperor has strengthened and accelerated every dollar that is brought form Galighticus. At Galighticus we also lovingly refer to The Jade Emperor as Grandfather Jade Emperor. Because he is, in fact, the grandfather of our movement, as well as all the currencies that are used to trade. There are hundreds of testimonies. When you buy Ancestor Money (Hell Bank Notes) from Galighticus you will receive a 6-month or 12-month bundle packs.

Most People will feel the energy as soon as they unpack the bundles. Our bank notes are thousands of times more powerful than other Notes you can buy online or at your local Chinatown store.? Bellow, you can see some of our products.

This special 5 Billion Ancestral Notes is an excellent way to start interfacing with your alter and to give regular offers for your ancestors.
Much of the unresolved karma of your beloved ancestors are left behind and may affect you.

If you make regular offers once in the morning and once before you go to sleep your financial inconsistencies will be reduced.

In particular, Golden Gun is preferable to the ancestors, since it radiates the highest frequency sought in this galactic quadrant, GOLD. The Golden Gun shoots and kills the “spirit of lack”. It is guaranteed that its use strengthens and empowers the user’s lineage in a variety of ways. Sri Master Gano Grills is an authority in the modality of Ancestral Money. Thousands of souls have seen the power of this technology granted by the grandfather, The Jade Emperor.

BIG GUN is a bill of 10,000,000,000,000,000 (10 Quadrillion US dollars) that is very powerful. It is a powerful method to send a large amount of power and sacrifice directly to the spiritual world of the ancestors. Big Gun also helps to combat the effects of Matriculation.

If you would like to learn more about Ancestor Money, Ancestral Clearing Services And Our Products Please Visit Our Store.

Never Have the Spirit of Lack

Did you know that you have Divine parents who are Gods?

Did you know that the abortion you had is still haunting you?

What you are abo... read more

How would visitors to Earth, feel?

There are people... read more 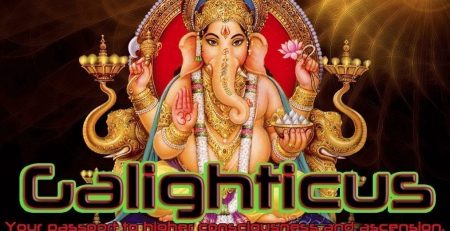 ?When the student is... read more

How can these KAnd-ELs (candles) change your life?

As the mythos st... read more

Did you know that you have super powers?

We use cookies to ensure that we give you the best experience on our website. If you continue to use this site we will assume that you are happy with it.AcceptPrivacy policy